Get A Free Inspection

Texas gets its fair share of storms and hail, and our cars are unfortunately the ones who often suffer. Hail is normally thought of as a byproduct of a storm, a crazy example of weird things that can come from the sky. It’s a nuisance, and you’re definitely not about to play a game of catch when golf ball-sized chunks of ice are plummeting down, but it passes quickly enough and the damage is repaired.

This however, has not always been the case. Dent Mechanic Group has compiled a list of the four worst storms in history, some tragic times where a dented car was the least of everyone’s worries. Take a look at our list, and when disaster strikes your car, call Dent Mechanic Group to repair hail damage!

The History channel (and subsequent website) describes a day in 1360 in Chartres, France. English troops were on French ground, but the French refused to leave the confines of their castles. This left the English exposed to the elements when a terrible storm hit. What started as a thunderstorm quickly turned into a hailstorm.

This became incredibly dangerous, as hail often falls from the sky at about 100 mph. On a day that has since been referred to as “Black Monday,” an estimated 1,000 English troops were killed—just from the hail. It is almost unreal to think of hail having that kind of an effect on humanity, but it caused a horrendous tragedy nonetheless.

In 1942, a British forest guard came across a frozen lake in India that contained hundreds of skeletons. Upon bringing back others to the site, they could tell the bones were old, but didn’t know the exact cause. Many speculated as to an epidemic that had struck the area.

Nearly 60 years later in 2004, a National Geographic team returning to Skeleton Lake. The expedition discovered the bodies could be dated to about 850 AD, and other items found alongside the bodies indicated that this was a group of people traveling. Every skull showed the cause of death being a blow to the head, and even stranger—there were no other injuries or wounds established elsewhere on the bodies.

Trying to figure out what sort of vertical attack this could be, the conclusion was as you probably have deduced. The cause of death was determined to be a severe hailstorm, likely one that provided no warning to the travelers. 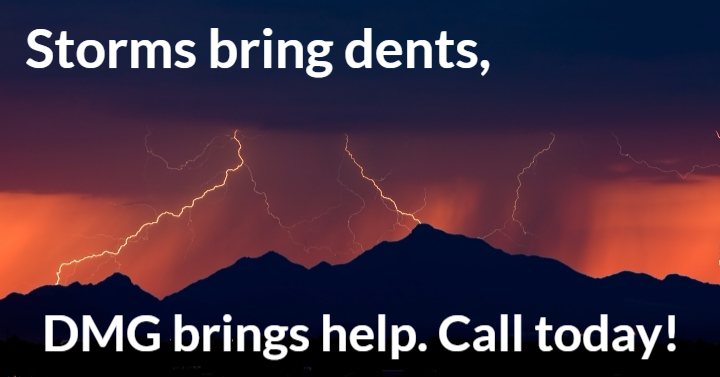 Oftentimes, hailstorms can be largely avoided in modern times due to weather-predicting technology. This was a horrifically deadly hailstorm, and one that occurred in fairly recent years. A hailstorm hit Moradabad, India, in 1988, and killed 246 people. Such a tragedy goes to show that even though we can predict hail, it does not make it any less dangerous.

Dents caused by hail are a nuisance, but a damaged car is a far better alternative to some other terrors that hail can bring. When hail affects your car, call the experts at Dent Mechanic Group. With a trained team of specialists in paintless dent repair, we will have your car back to normal in no time. Call us today!